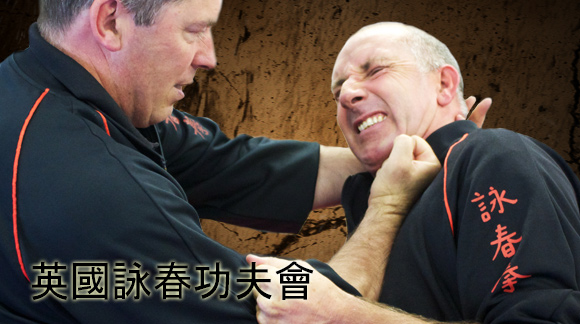 On Sunday 15th October 2017, Master Sinclair will be teaching the drills, skills, thrills and sparring methodolgy that helped him use Wing Chun very effectively over the last 4 decades, and helped him develop some of the most talented Wing Chun students today.

As a system for self defence Wing Chun is world class. Made famous in gang fights on the rooftops of Hong Kong it is also a dynamic fighting system. What people find hard is translating the theories, training methodologies such as empty hand forms, wooden dummy and sticky hands into Western Sport based ‘Sparring Practice’.

Wing Chun Kung Fu is a style with an idiosyncratic approach. The problem with such a unique style is that some even some of the most recognised martial artists in the world, such as Dan Inosanto senior student, Guru Rick Young, state that even after many years experience in Wing Chun that they love the training but simply don’t ‘get it’ when it comes to sparring.

Some Wing Chun schools simply do not spar and feel that it is unhelpful to real self defence. The UK Wing Chun Assoc. teachers and students could not disagree more. If you have any questions relating the the efficacy of modern training and the approach of James Sinclair, then this Sparring Seminar will place you in no doubt about how you should approach your training.

Quite some time past a former student of the UK Wing Chun Kung Fu Assoc, Kamon’s Founder and Chief Instructor Kevin Chan, made the perfect statement that encapsulates James Sinclair’s thoughts too. He stated that Wing Chun is the only art he has trained where you can strike a person and still be told you were wrong! May we add for clarity his thoughts were based in his experiences after he had left the UKWCKFA….

In Hong kong in 2005 the greatest compliment given to James Sinclair by many of the Masters gathered for the 2d World Conference was that they felt James was the only person they had seen to be able to ‘Bridge The Gap’ and make the link between Forms and Fighting.

To enable Wing Chun Sparring it important to realise that you will need to develop an ability to work with the longer guard at times and it should look very, very skilful and beautiful when two practitioners of the same school meet. However, there should be considerable ability to deal with all other Arts and, therefore, a focus on developing the ‘Attributes’ and core skills that ALL martial artists should have.

Here is an example of a previous schedule on the Gworr Sau Seminar.